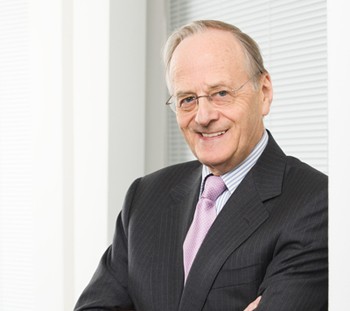 The members of the International Accounting Standards Board (IASB) and staff of the IFRS Foundation wish to express their condolences to the family of Thomas (Tom) E. Jones, who died earlier this week.

Tom was one of the leading figures in the history of the IASB. After serving as Chair of the IASB’s predecessor body, the IASC, Tom became the first Vice-Chairman of the organisation from its inception until 2011, working alongside former Chair Sir David Tweedie during a period of widespread adoption of IFRS Standards around the world.

Tom’s work as an accounting standard-setter followed a successful career in investment banking, holding senior positions at Citicorp for more than two decades. In 2007, Financial Executives International recognised his career achievements by inducting him into the FEI Hall of Fame.

We do not use cookies for advertising, and do not pass any individual data to third parties.

Essential cookies are required for the website to function, and therefore cannot be switched off. They include managing registrations.

We use analytics cookies to generate aggregated information about the usage of our website. This helps guide our content strategy to provide better, more informative content for our users. It also helps us ensure that the website is functioning correctly and that it is available as widely as possible. None of this information can be tracked to individual users.

Preference cookies allow us to offer additional functionality to improve the user experience on the site. Examples include choosing to stay logged in for longer than one session, or following specific content.